Tools to Help You Understand the Construction Industry

Why Do You Need a Land Survey for Land That Hasn't Displayed Previous Problems?

Land surveying shows you what you need to know about a property before you buy it or build on it. You learn the legal boundaries of the parcel plus any salient features that would affect what you want to build or vice versa. But if you and your neighbours are in agreement over where boundaries are, and the land has never shown any evidence of harbouring problems, why do you need an official land survey before you build anything? It's because the land may now be very different than it was when you bought it.

Simple erosion from rainwater runoff can change the features of land very quickly, and that can affect what or where you can build. Land may have become destabilised or become much too uneven to build without levelling the ground, and a survey is the easiest way to establish whether erosion has had an effect. Eroding soil can also reveal layers of rocks that might interfere with construction. If you just did another land survey within the past few months, you might ask if that one can be used again for your new project. But don't assume that's the case because whatever you built last time can also affect the rest of the property.

Australia may not have the seismic visibility that places like Japan and California do, but the country does have quakes and does have seismic hazards. And, more of these are discovered as time goes on. If your land has been surveyed before with no seismic issues found, check again; erosion can literally uncover evidence that there are seismic issues to deal with. These can range from previously unknown faults to unstable land. You'll be able to have the evidence further checked out, of course, to determine if the initial survey was correct.

Other Structures Change Drainage Paths and Other Safety Issues

If you have built anything on the land previously, you could need another land survey to determine if the new portion that you want to build on is suitable. When you survey land and then build on it, you change the rest of the land in subtle ways, from regrading to rerouting drainage paths to changing utility line locations. If the previous survey was done last month, that's one thing. But if the last survey was done years ago before building other structures, then you may need a new survey. 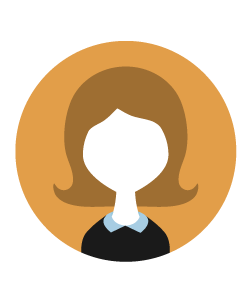 To be a savvy consumer, you need to understand a little bit about the industry you are engaging with. For example, if you don't know anything about car repairs, you risk getting bad advice. This blog is devoted to teaching readers about construction. There are going to be a few DIY posts, some advice on hiring construction crews, a look at products such as surety bonds for construction projects, and more. There may also be posts on industries related to the construction industry. I hope these posts give you the "tools" you need to be a savvy consumer. Take a look around, and if you like the posts, please share them on social media. Thanks for reading.